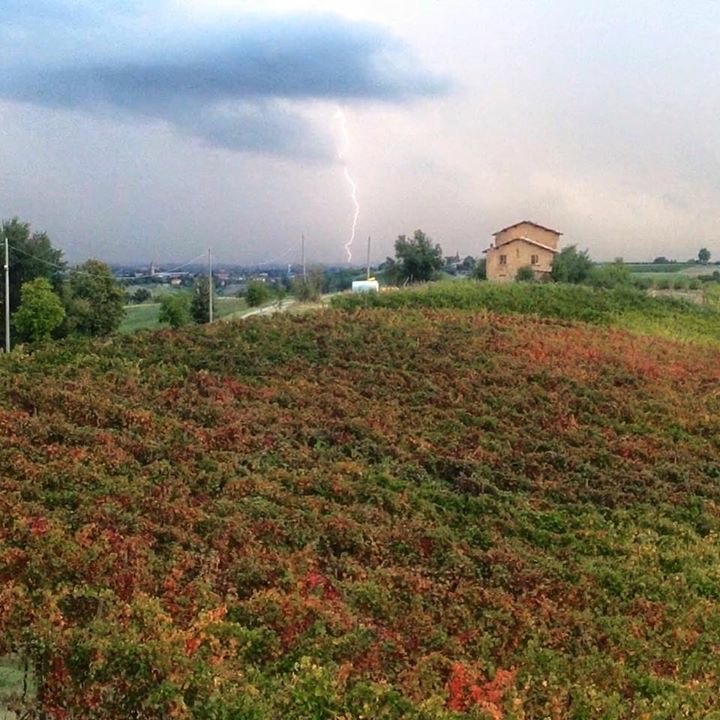 Woke up to thunder, lightening and rain.  Gorgeous view of the landscape outside our room getting a refreshing drink of water. You could almost hear the ground sucking it up (much like Oregon and California would be doing I imagine). This storm quickly passed, but it appeared to stop the harvest for a few hours. Just so you know, all the grapes in this area are harvested for vinegar. 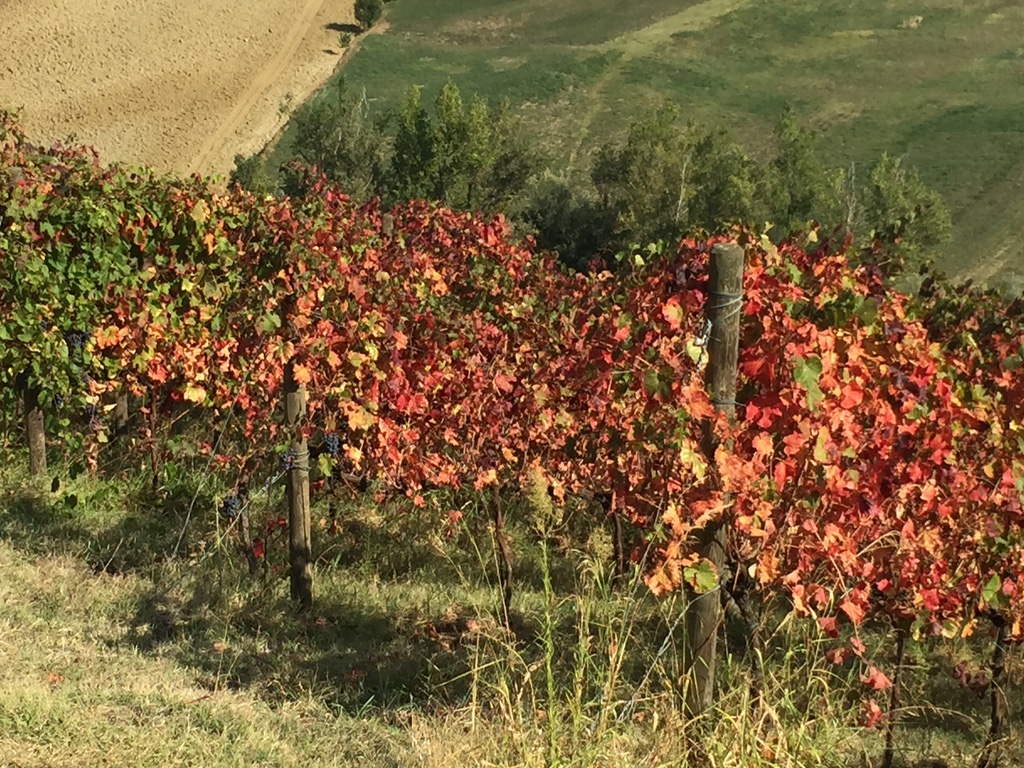 The vines are changing colors right now to deep orange, red, and some yellow hues. When I asked Dick what this was called he said “fall” – okay I guess I asked for that one. 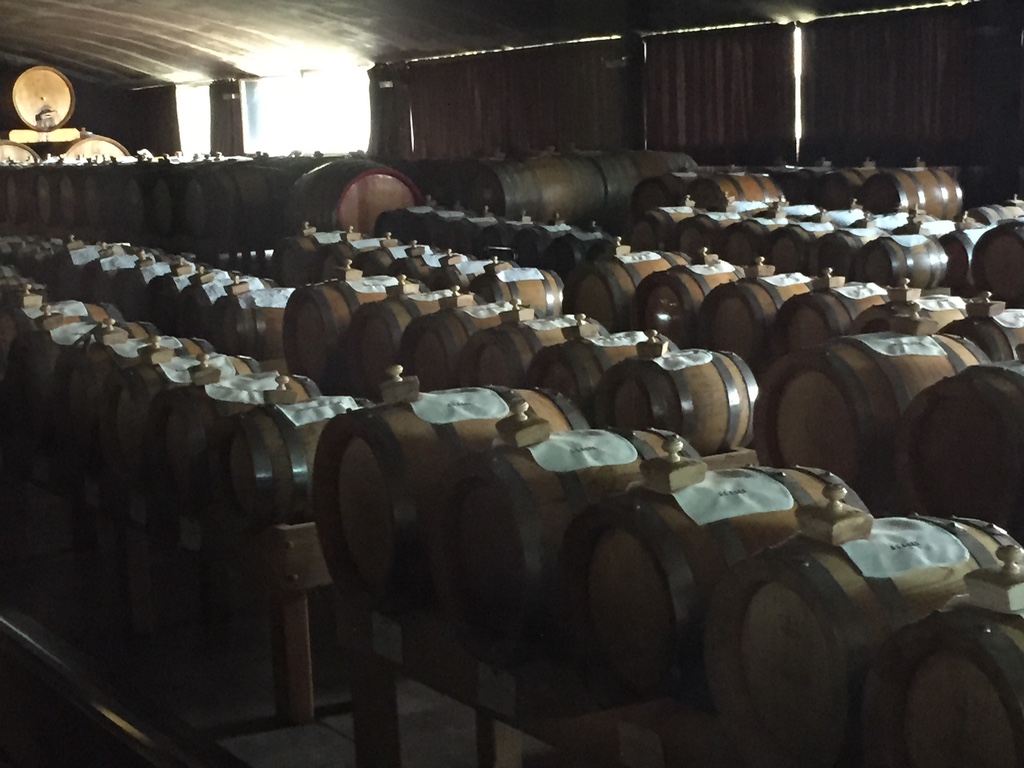 Walked into the barrel room just outside our room this morning and the vinegar aroma was strong. That would wake anyone up – I guarantee you! We had another vinegar tasting today at our hotel Opera02. It’s kind of like wine tasting, people will spend the day going from place to place to taste the vinegars.

We learned more about vinegar today. The batch of barrels is called a battery and each barrel in a battery is made from a different type of wood (from the region only) so you might have cherry, oak, etc. They only extract 1/2 liter of vinegar from each battery each year. A battery of barrels is only good for 125 years and after that the consortium will not certify the vinegar -but you can still do home bottled vinegar for your personal use.

Modena is known for its balsamic. BTW, each battery of barrels costs 5,000 Euros. It is marked with the year the battery was started and the family name on the end of the barrel. And if one barrel goes bad, you cant just replace it. You have to replace the whole set because of the flavors from the different woods in the different barrels. Wow. Consider this balsamic as black gold. A bottle of certified 13 yr old vinegar costs about 75 euros and the one that is 25-100 yrs old is 95 euros and more. And we are talking tiny, tiny bottles. So a woman can ask for diamonds or a battery of barrels for a wedding gift. Ladies, your preference?

The certified bottles were designed by Guiggari (it is not spelled right – but tidbit he also designed cars like Lamborghini – gosh I can’t remember sorry). We were also introduced to another type of vinegar called saga and that is a syrup like flavor. When there wasn’t refined sugar in Italy, families used it like sugar.

So the proper name of this facility is Acetala which is a vinegar producing agritourism.

Other famous things from this area is Lambrusco – fizzy wine. I can honestly say it is a wine we don’t like. Some people rave about it here, but just not into it. Hard to believe, right?

Since it was a “day off” we made use of the spa here. We enjoyed  the sauna, steam and cold and misty showers. When you enter the spa it is slightly warmer that outside temps and greets you with hints of lavender aroma in the air. Oh so delightful.

After a nap, we were off to Bologna to walk around a bit before our impromptu dinner at friends of Antimo and his brother Angelo (who lives in Bologna). Driving lesson 3, 4, 5, 6, and 8 – you drive as fast as you can, pass the slow car within seconds of the car coming head on passes you. Yes, we got full coverage on the rental car. Then, you park in a space meant for a smart car but wait, you have a Fiat 500. It only took Antimo 4 back and forth twists to get our car into the spot. Yay~

There was a man standing on the sidewalk as we parked. He asked for money and Angelo gave him some. I thought he was the parking attendant but Antimo said you always give money to a homeless person who is standing by your car – you want to come back and find it still there.

We passed through a small town outside Bologna and they were having a mortadella festival. So cool to sneak a peak as we drove by.

Also, the tortolloni that Luciana made was stuffed with mortadella, and ricotta cheese. Never had that and oh so good.  After a great tour of the town we headed to Luciana’s house for homemade tagletelli in Bolognese sauce. The best ever! Luciana is from Bologna so she has the family recipe and cooks her sauce for 5 hours. It doesn’t get more authentic than this. After many more dishes, out comes the after dinner drinks. Luciana makes a licorice liquor that is out of this world. Rich in licorice flavor – OMG. Done and done!

One last tidbit, we were reading Yahoo news and someone posted an article about a house sitter that put the house on air BNB while the owners were away. We will be checking the listings on Air BNB today to make sure our house is not one of them. 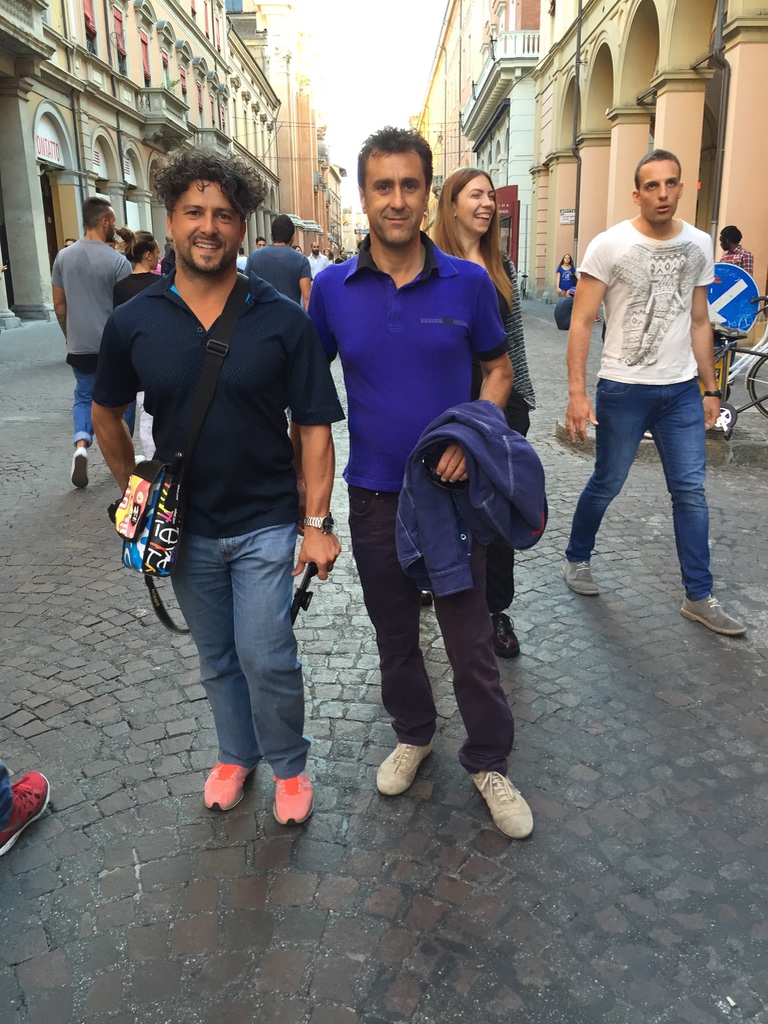 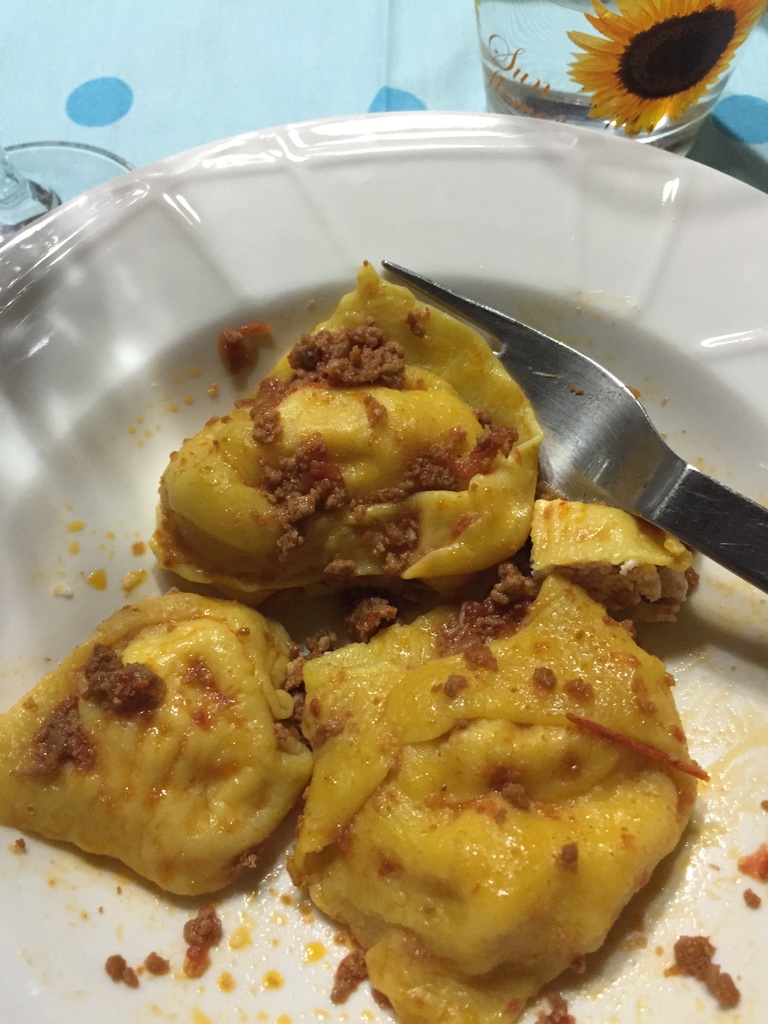 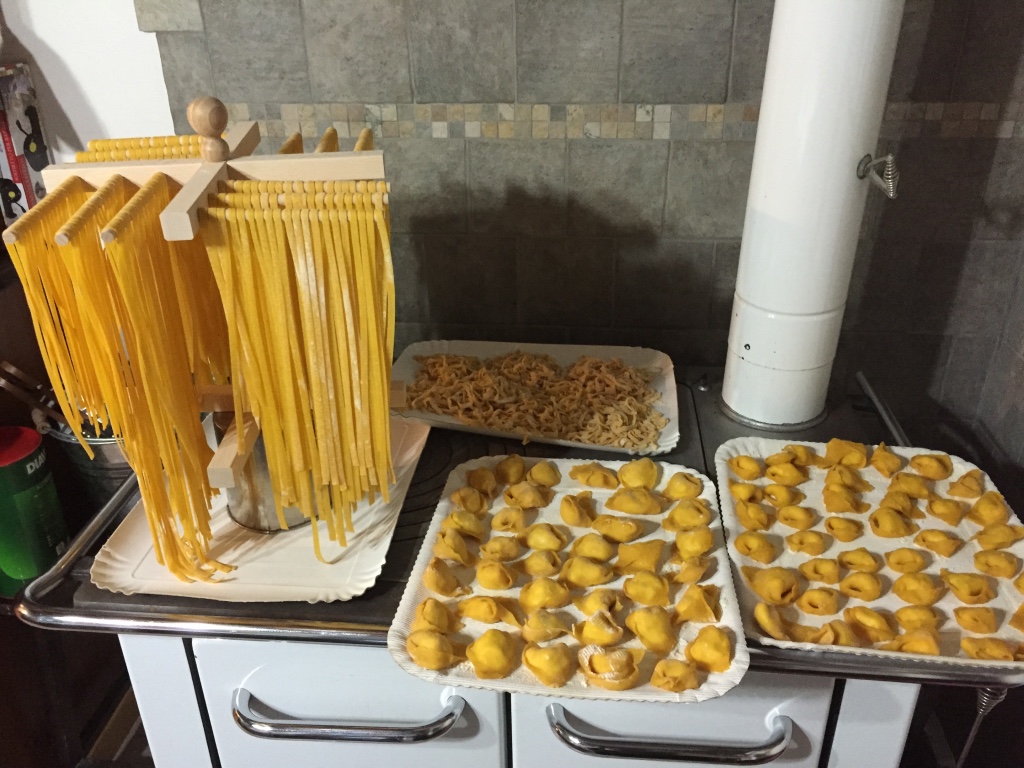 I’ve run out of adjectives to describe the beauty and taste of this food. Luciana outdid herself!