Several of the contributors this month are friends I met through the Italian community. It’s not a myth that Italians are great cooks! Italian food is rated as one of the most popular foods in America by the National Restaurant Association and the general public. So let’s embrace Italian food and this recipe!

The last of my guests featured in May is Patricia Badia-Johnson. She embodies family, love,  joy, compassion, resilience, wisdom, friendship, community support, and so much more. I met Pat about 12 years ago in the Italian community of Portland. It’s a privilege to take a peek into Pat’s world; her new book Orienta: She is the Dance and her beloved mother’s recipe.

The love of children propelled Patricia into an uninterrupted 32-year career, teaching math for 7 years, and serving as a school counselor for 25 years in six states. In 1999, the University of Santa Clara named her Alumna of the Year for the Counseling and Psychology Program. Her work with children continues today as a Court Appointed Special Advocate, (CASA) in Clackamas County, Oregon.

Social justice issues were also front and center as she made several trips to Delano, CA to support Caesar Chavez’s Farm Workers Movement. She taught in migrant camps and in the East San Jose Community Center in the 1970s.  After a local cross burning, she was to become a Charter Member of The Kitsap County Human Rights Council in Washington State in 1988.

Encouraged by her mother Orienta, Patricia has been writing since she learned cursive in the 3rd grade. Poetry, news articles, essays, editing, book forwards, and curriculums saw her busy with a notepad and pen. Three unpublished works were done for the family: Dante Alighiero from Medbury Street, Bambina and Domenic, an Italian Love Story, and Dear John, a collection of stories written by John Alexander Bozynski.  Orienta’s love of dance and the arts could be seen in Patricia’s early teaching years as well. She studied Creative Dance and went on to teach summer Creative Dance classes for the Los Gatos School District in the early 1970s and performed in a variety of community programs and venues.

Today Pat lives in West Linn, Oregon enjoying her centralized location between her two children, and close family members. Her five grandchildren and 13 great-grandchildren are less than a half day’s drive and visit regularly. She hopes Orienta will be a resource for the emerging writers and dancers in that young group. Patricia calls Portland the “City of the Arts” and takes full advantage of its live theater, music, and drama performances along with art and historical museums. Exploring scenic Oregon, especially whale watching up close and personal in Zodiak boats, keeps her schedule full and happy.

The Italian American Community in Portland welcomed Patricia in 2008. She served as Vice-President on the Board of Amici d’Italia for 8 years and is an active member of the Westside Italian Culture Group.  Traveling extensively in Italy-taking granddaughter and daughter back with her twice-has been her great joy. She hopes to return once again next year.

Orienta (mom) demonstrates that being beautiful and talented goes hand-in-hand with being a good cook. She needed quick recipes as she had five children in eight years! She sent this recipe to my daughter (her granddaughter), Kristin, who was a working mother of five (just like she was at Kristin’s age) many years ago –probably in the early 1990s. The note accompanying the recipe from Orienta:

“I am writing this to let you know about stretching and making the commercial sauce taste better, because the one jar may not be enough. It depends on how much sauce one likes. The taste is what counts.

After the sauce is made, and the pasta cooked, I usually put some sauce in the bottom of the serving dish and sprinkle some grated cheese on it. Then, I put in about half of the cooked pasta, and then another layer of sauce and cheese, this time a little more generous. Now, mix it all well and add more sauce as you like it. On the top, a generous layer of sauce and cheese. Enjoy! (Whatever the family likes would be right.)” 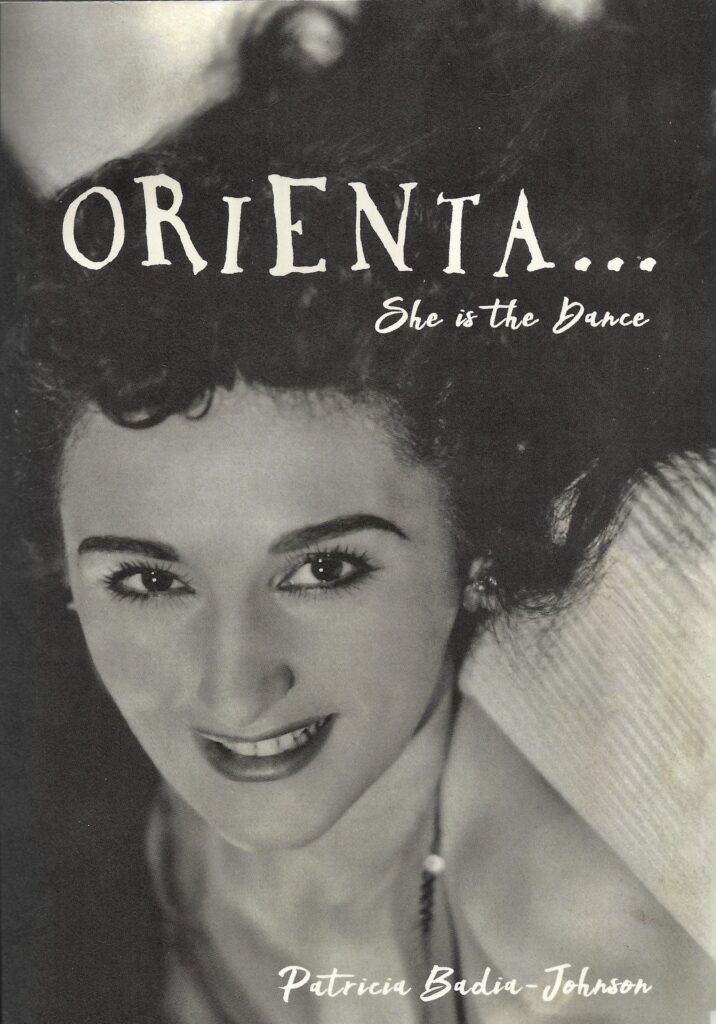 If only all mothers gave such sage advice.

Thank you Pat for all you do for children, your family, and your Italian community! And thank you for sharing Orienta’s recipe!